Kathleen Hanna is back on the circuit with a film,The Punk Singer, and a new Julie Ruin album. The film takes an intimate look at Hanna’s rise to fame as a third-wave feminist icon in the Riot Grrl movement and her departure because of late-stage Lyme disease.

Director Sini Anderson uses concert footage, stills, posters and interviews with Hanna, her husband, Adam Horovitz (Ad-Rock) from the Beastie Boys, and other punk women icons like Joan Jett, Kim Gordon and Corin Tucker, to craft the image of a natural born leader. Hanna emerges as a spokeswoman for the Riot Grrl movement that came from the same place as the Grunge scene in Washington state. Colorful vignettes tell the story of a powerful woman. It was Hanna who came up with the title for Nirvana’s first hit, “Smells Like Teen Spirit,” – spray painting it on Kurt Cobain’s bedroom wall. Friends who knew what was good for her keep pushing her towards Ad-Rock. A love story surfaces that includes initial struggles with her attraction to her husband because of his (now reformed ) misogynistic tendencies.

Even the punk artistic movement dedicated to free expression and equality, really wasn’t. Hanna and her friends were sick of playing second fiddle to the boys. They were allowed to be girlfriends, but not allowed in the mosh pit. They were allowed to manage the band and put up posters, but not play in the band. That all changed when Bikini Kill, Hanna’s first band, started making the rounds. Hanna would call for all the girls to come up front, and the boys to stand back or mosh on the sides at the underground clubs.
Hanna said in a Rolling Stone interview that “I just didn’t want any male authorities telling people what good music was. I didn’t want men to validate me.”

“I just didn’t want any male authorities telling people what good music was. I didn’t want men to validate me.”

Which is interesting, since Hanna is a former stripper. The motivation to take on punk culture and push back seems to have come from a desire to put the spot light on sexual abuse, rape and male oppression. Hanna openly challenged sexual expectations and found a way to break the limitations that even the punk subculture maintained. “I kind of based myself in opposition to what I perceived as being Second Wave feminism, which was really ignorant, and based on all of the stereotypes. Like that they have hairy legs and they are anti-sex and so on,” Hanna said in a written interview with Celina Hex during the Riot Grrl days. Burning bras and suffragette authority gave way fun, ferocious frivolity and putting the sexy back in feminism.

Hanna is still seeking an inclusive culture that honors women, not as objects, or supporters, but as artists. She says we’re in the fourth wave of feminism, and poverty is the biggest challenge for women. Hanna remains a leader with a cause. 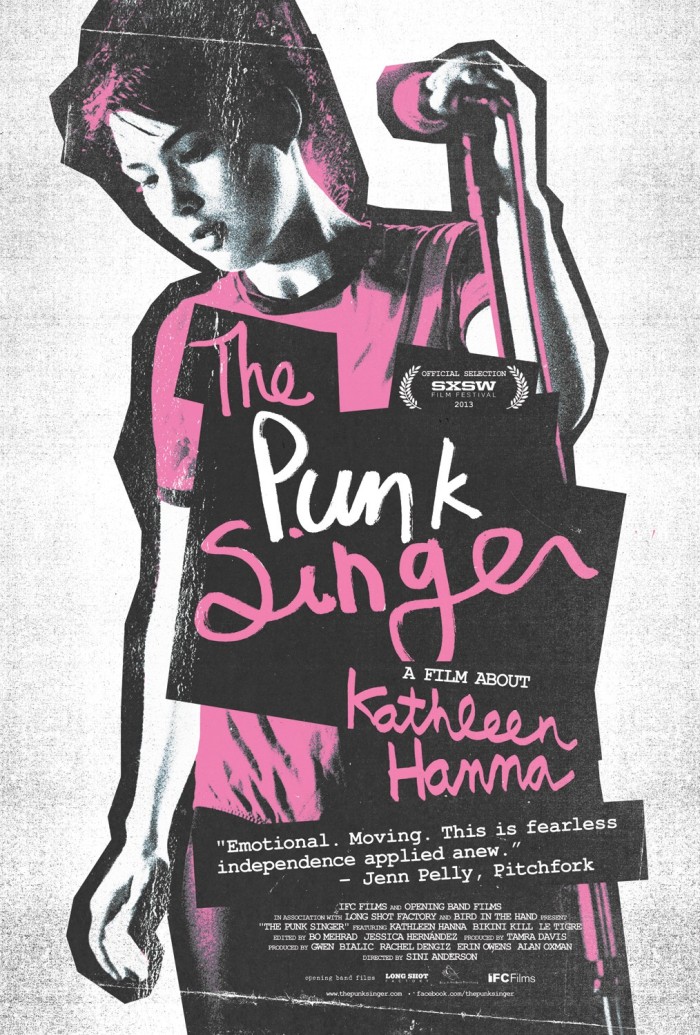